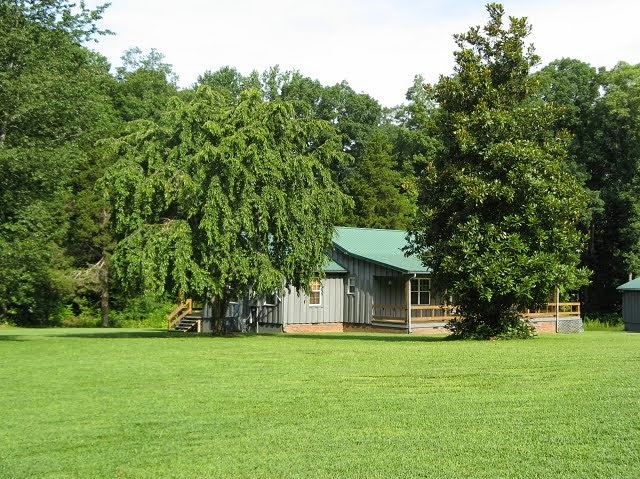 Been there, done that

RV LIFE:
Ugh! Baby it's HOT, HOT, HOT...and I don't like it! It was in the high 80's yesterday with humidity in the high 60%! Today a little lower humidity, but temps hit 94°. I've only ventured out to walk the dogs and one breakfast since arriving in Branson, MO. I equate this weather with being as bad as our Winter in New Mexico, when it was below freezing and windy. Too hot and humid or too cold and windy, both give us the same feeling to get inside as quickly as possible.

We are currently attending another Cedar Creek Rally, in Branson, MO...

Many years ago I took flights to Branson to visit a childhood friend. Her hubby worked as a banjo/guitar player in one of the shows, now closed, The Brascheler Music Show.
Via the show, I met the drummer, Gil. We hit it off and dated while I was in town. Because of Gil, I returned a number of times after that and even considered moving to the area. What would my life have been if I did move here 25 years earlier? I worked for the Post Office and couldn't get a transfer, otherwise I might have had a totally different life.
Between my friend, Cindy getting "comp" tickets for many shows since her hubby was employed by a show, and Gil taking me around on dates, I've had my fill of Branson. I'm no longer into seeing comedy shows, variety shows, and touristy stuff.
I may take a ride along Table Rock Lake. I had dreams of purchasing property there someday. Dreams change and I'm happy with my choice of location in Tennessee to settle down for a few years.

I asked hubby if he thinks we'll spend more time together when we have a house. Yes, that's what I said, MORE time. It's surprising how little time we spend together in the RV. I don't like the TV on and Scott almost always has the TV on. So we usually stay in separate areas of the RV, either upstairs in the bedroom or downstairs in the living room. If it's nice outside, I spend the day outside.
I just wonder since the house will have a larger living room, if the TV won't bother me as much and I stay in the same room with Scott. Also, since we'll have a regular sized kitchen, Scott will be cooking more which makes me happy, because he's happy. And when I'm happy, I like to enjoy a glass of wine with hubby.
~~~~~~~~~~~~~~~
BROWSING THE WWW: 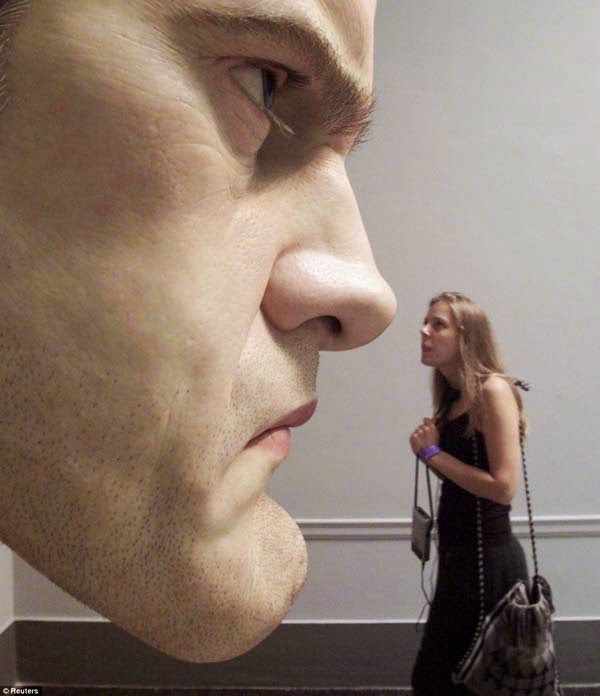 This is not a photoshop trick. Didn't you realize giants do exist???? Well, they exist in the mind of Ron Mueck and in museums displaying his sculptures. I first learned about this here. 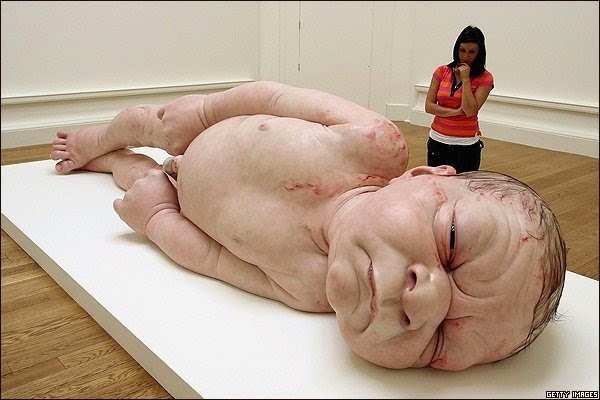 Both creepy & fascinating. His studio is in England, but his work is displayed throughout the world. I haven't searched enough to see where his work may be in the US, probably in large cities, which I avoid.
~~~~~~~~~~~~~~~~~~
TN HOUSE:
I'm trying to think of a title for life in S&B in TN. Only RV'rs know what S&B is, so I need something more universal.
We have a definite closing at 10am on July 15.
I asked Scott if we were going to "driveway dock", meaning park our RV on our property for a few days just to "claim" our house and property. He said no, he plans to sleep in the bedroom on an air mattress. Huh? There's no TV in there yet. Since we're traveling for the Summer, it's not worth moving the TV and DVR to the house. Scott looked at me funny, like he didn't understand why we wouldn't move our stuff into the house. Well Scott, we'll be needing it when we travel to the Upper Peninsula after closing on the house. Again, he gives me an odd look. Hmmm, you don't plan on traveling? Scott said no, probably not. Well, that's news to me! I'm fine with that. It sort of makes more sense to settle in, get a fence put up, change our address, license, etc., to become real Tennesseans. Travel after the closing is not erased, but there is a bold question mark.
I am getting excited to have room to use my embroidery machine, MAYBE start exercising again, do some woodworking, painting, etc. What is especially nice, is NOTHING HAS to be done to the house. Just things we may want to change, but don't have to. So we get to enjoy finding deals on furniture, tools, etc. The yard is nice enough that I don't have to do anything but mow. But I have plenty of space if I want to plant flowers or veggies. It's a very nice feeling not to have to fix things in order to move in.
~~~~~~~~~~~~~~~~~~~~~~
BOOK REVIEW:

Enchantress by James Maxwell
My rating: 3 of 5 stars

The was a free kindle download, so I don't feel so bad about not finishing.
Normally, if I can't finish a book, I would rate it as low as possible. But to be fair to the author, I think this is just not my genre.
As I began reading, I was already excited about what was to come. An orphaned brother & sister, each determined to make something of themselves. The sister wants to be an Enchantress which takes schooling and the brother wants to be a bladeslinger, which he is currently training for without the needed protective equipment. They do not depend on handouts, but have a great work ethic to improve their circumstances.
But, then the book forks off to an assignment given to the brother that leads to other countries, clans, ways of life and possible conflict. That is still fine. But where the book loses me is because of all the odd names for people, clans, countries, occupations, etc. It was just too much for me to keep track of...sort of like King of Thrones (which I didn't finish).
So if you like an epic tale with lots of names and places to keep track of, you'll probably enjoy this book. Just not for me.